''...buoyant daydream of a show...I found myself wishing for more use of watercraft, more dances that tap the ensemble and -- after Ashley Wren Collins's gentle rendition of the R.E.M. song 'Nightswimming' -- more singing, too.''

''Ashley Wren Collins is terrifically withering as an over-privileged woman from Scottsdale, Arizona who never actually swims in her own pool, but is paranoid that the neighborhood teens are secretly sneaking in during the night.  Her flower covered yellow bathing cap is among the many gleeful costume pieces that deserve their own ovation.''

''a few monologues stand out. Another features Ashley Wren Collins as she attempts to canoe across the pool—“attempt” being the key word. Through her hilarious, expert display of ineptitude she delivers an existential monologue about the challenges of life. 'Who the !@#$ set it up like this?''' 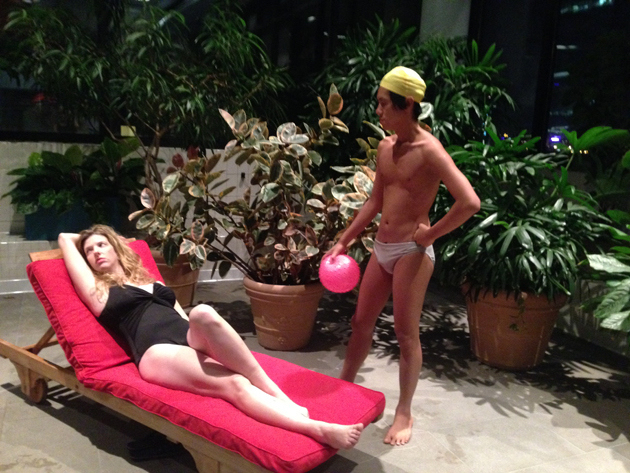 ''Ashley Wren Collins (Mother Eve) presented energy, style, and sass, as she led the audience to believe that there is something more going on than what she presents to the women in her group. She epitomizes everything I imagined a self help guru would be.''

''…introduce our heroines to the titular character of Mother Eve (a delicious Ashley Wren Collins)...the comedy glue that holds the whole thing together are the team of Collins (who also choreographed) and McGee, who hold the whole musical on their shoulders. They make it seem like they could juggle on a unicycle while doing it—all-star work by them and the rest of the ensemble.''

''Blonde and strikingly tall...Collins succeeds beautifully. Collins visibly shows the audience Billie's thought processes as she drinks in more and more information and computes what it all means and what her life has become...Originally portrayed by Judy Holliday, for which the actress won an Oscar, (it's) a tough act to follow and sure to draw comparisons; but Ashley Wren Collins makes the role her own.''

''The best aspect of Born Yesterday is Billie, a likeable appealing character...Collins turns in an admirable protrayal of the uneducated but good hearted ex-chorus girl with her thick Brooklyn accent and gun-chewing, earthy demeanor. She shows that Billie's no dumb blonde under her caked-on makeup... The actress makes an amusing transition from a ditzy sexpot...to a bookish student...''

''...comic timing of Collins (and Devine) who both give excellent performances.''–The Cape Codder 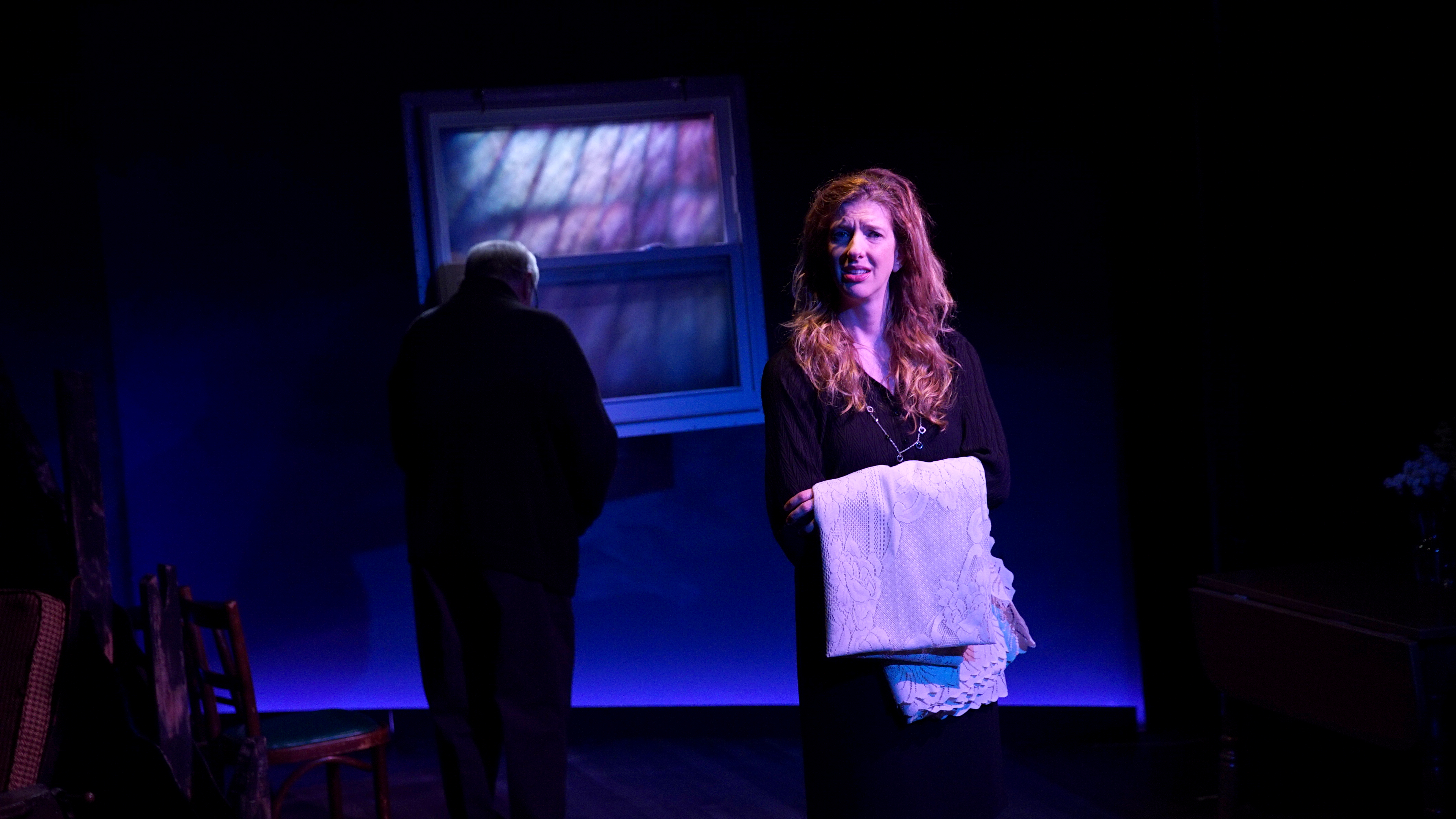 ''Val, played boldly by Ashley Wren Collins, is the primary driver of action... We bear full witness to the conflict and confusion within each character, emphasized through vivid performances erupting in Cherry Lane's Studio Theatre... Collins in particular has a mannered delivery, perhaps signaling her character's hunger for immediacy in communication, calling to mind the military's guidelines to transparent communication: 'What do I know? Who needs to know it? Have I told them?'''

–Eye on the Arts

''What actually gives this tale its heart is the thoughtful, feeling performance of Ashley Wren Collins as Charity. Collins' expressive face, intonation, and body language make us understand Charity's deep loneliness and longing to feel alive with more eloquence than any scripted words.''

''Collins is glorious as the lovely, tortured Diana.''

''Collins (is) polished and natural...Special kudos to (Danielle Fink) and Ashley Wren Collins as Sally Su's protective best friends, respectively, the disapproving, paranoid Mavis and flaky but compassionate Beverly. Each gets the moment she deserves - quite literally - in the spotlight.''

''Collins is adept at facial expressions that reinforce what's going on in the text. (Collins & Mahoney) make these characters their own, no small achievement if you're familiar with the original version.''